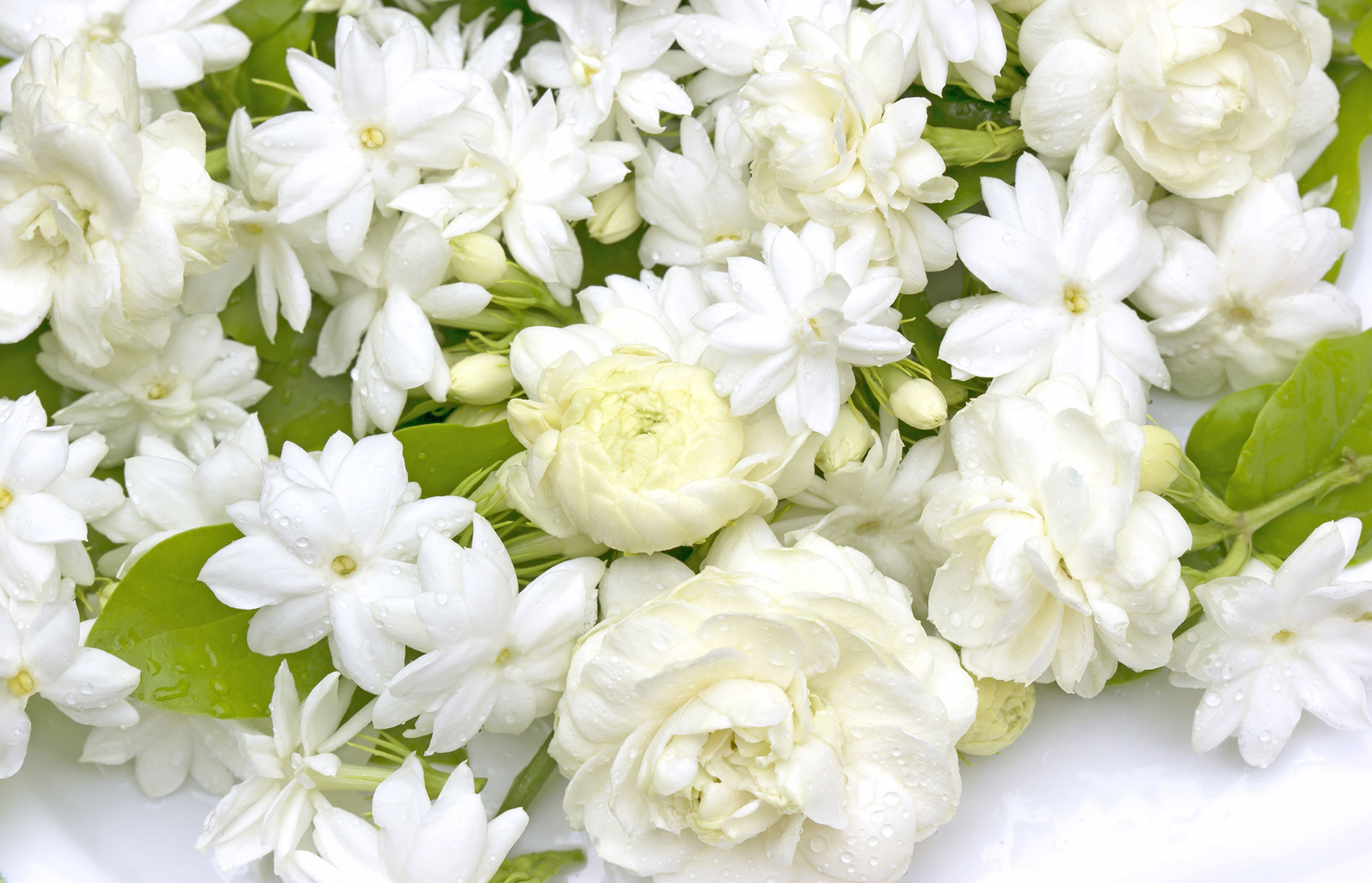 Dark legends about flowers exist in the folklore of all nations. Often, darkness is associated with fragrant white flowers. It is they who become the mascots of scary monsters or protagonists of tragic legends. 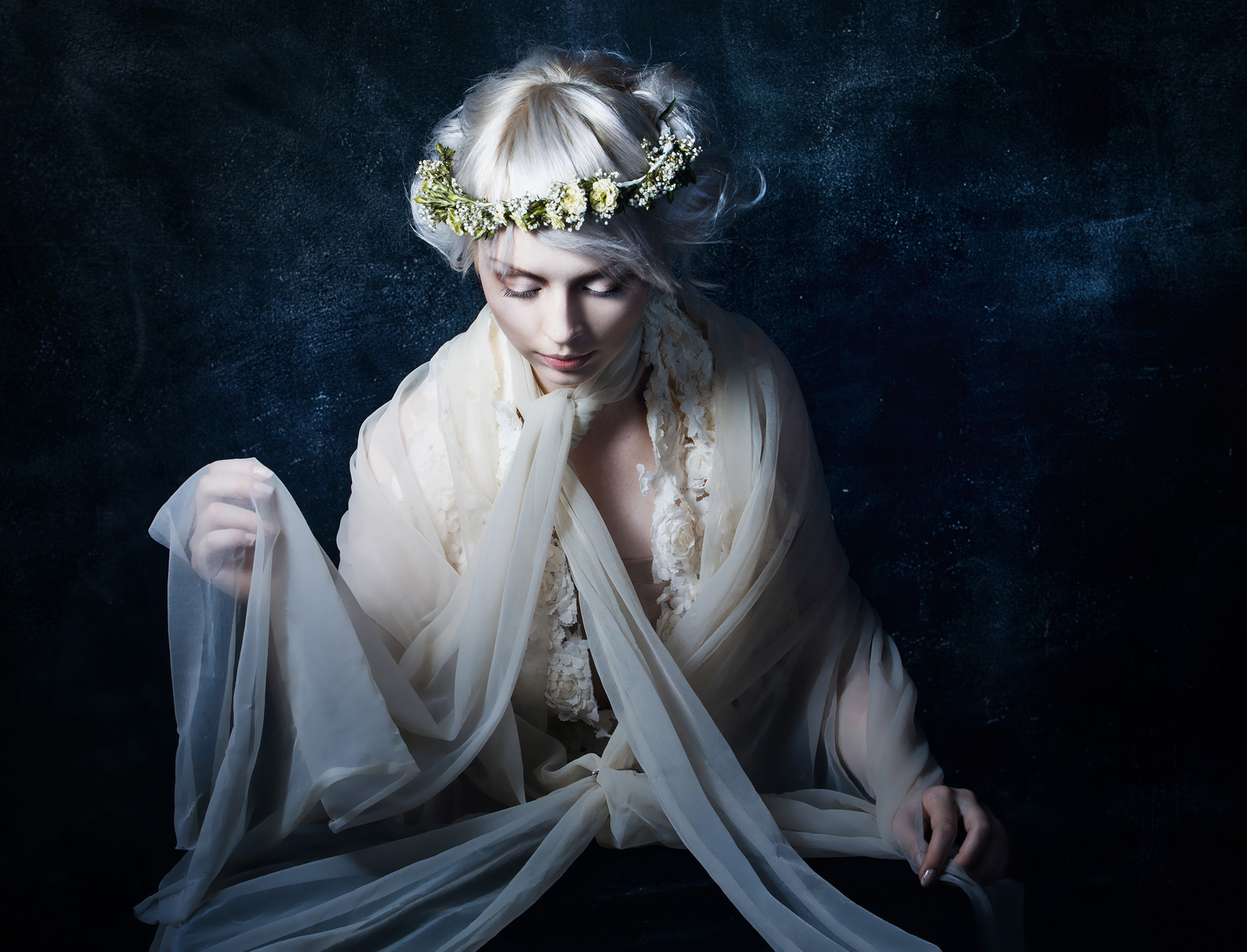 Interestingly, the majority of dangerous and toxic flowers are known only for their harmful traits yet lack any specific "ghost patron." There are no legends concerning carnivorous flowers such as the drosera or Venus flytrap, but the toxic belladonna and aconite do have some. The finger flower is known for growing in places where fairies often appear, and the thicker, bigger and taller it is, the more often magic creatures appear in those places.

The darkest legends, however, are about white flowers: tuberose and gardenia, sambac jasmine, cerbera manghas, white daffodil, and even white lilacs...

With the exception of the exotic cerbera, all of those flowers were enjoyed by fashion lovers, adorning their dresses and boudoirs. 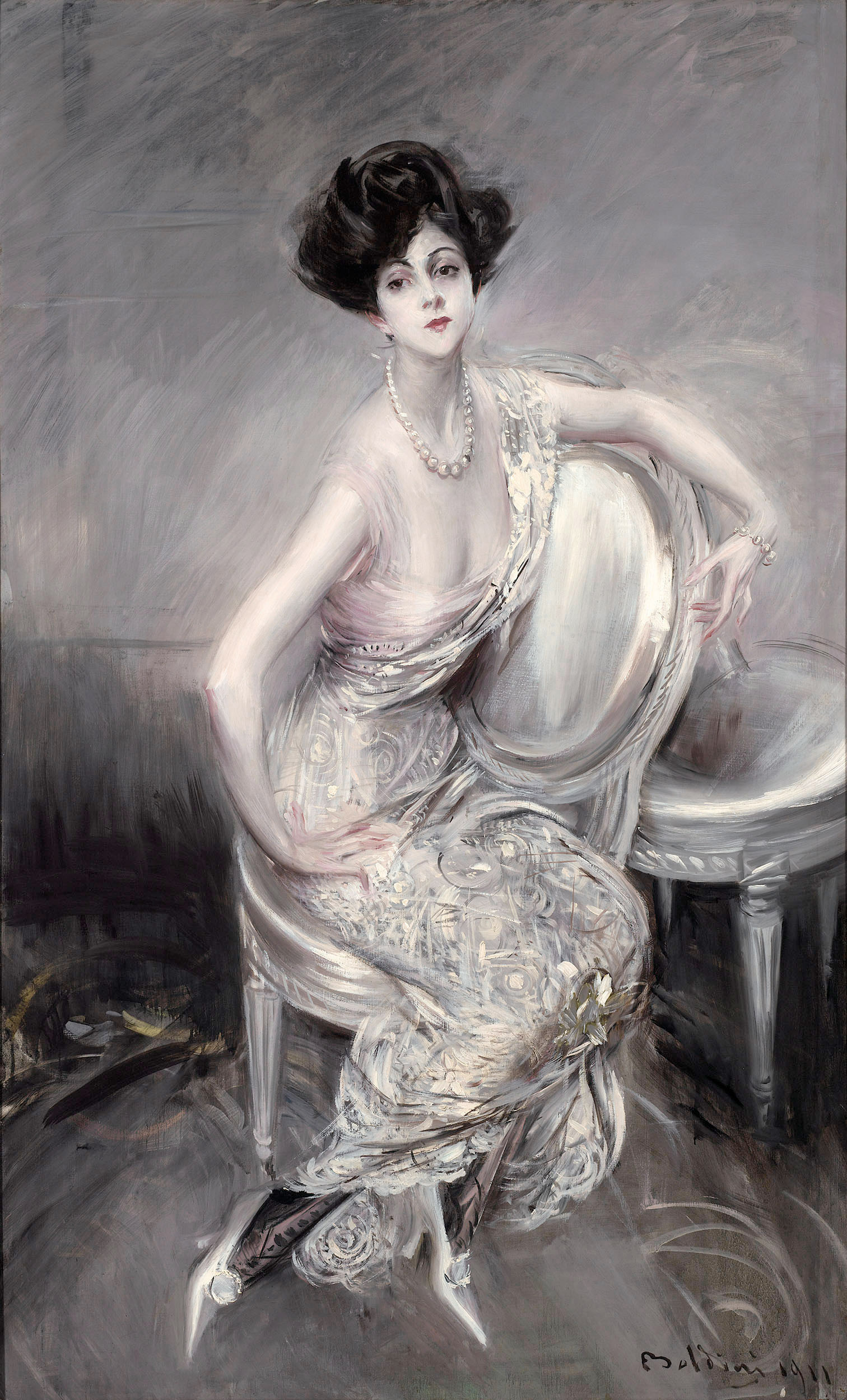 In his book The Mirror of Fashion, the great photographer Cecil Beaton, when remembering all the great beauties that once influenced fashion and taught him to see and feel beauty, devoted a separate chapter to Rita de Acosta Lydig, whose garments, lingerie and shoes are now part of the Met's Costume Institute collection, as well as that of The Brooklyn Museum. When that beauty and big spender became insolvent, her sister, poetess Mercedes de Acosta, tried to help her reduce her expenses.

Looking through the bills, Mercedes was appalled: "A thousand dollars on flowers! What do we do with all those white cyclamens, lilies, gardenias and lilies-of-the-valley?"

Rita sobbed in response: "I didn't expected a different reaction from you! Why do you want to deprive me of beauty? You better make me go hungry, cut my expenses on the butcher, but I'm not giving up my flowers!"

Today, many women prefer white floral fragrances to all the other kinds, too.

Gardenia in myths and legends is known as Moon's tears, Moon fruit and even pearls that turned into flowers, initially a gift to a mortal lover from a Sea goddess.

It can vie with tuberose for the status of love seduction symbol.
Since gardenia is pollinated by insects and bats, one could say that nobody can resist its fragrance. 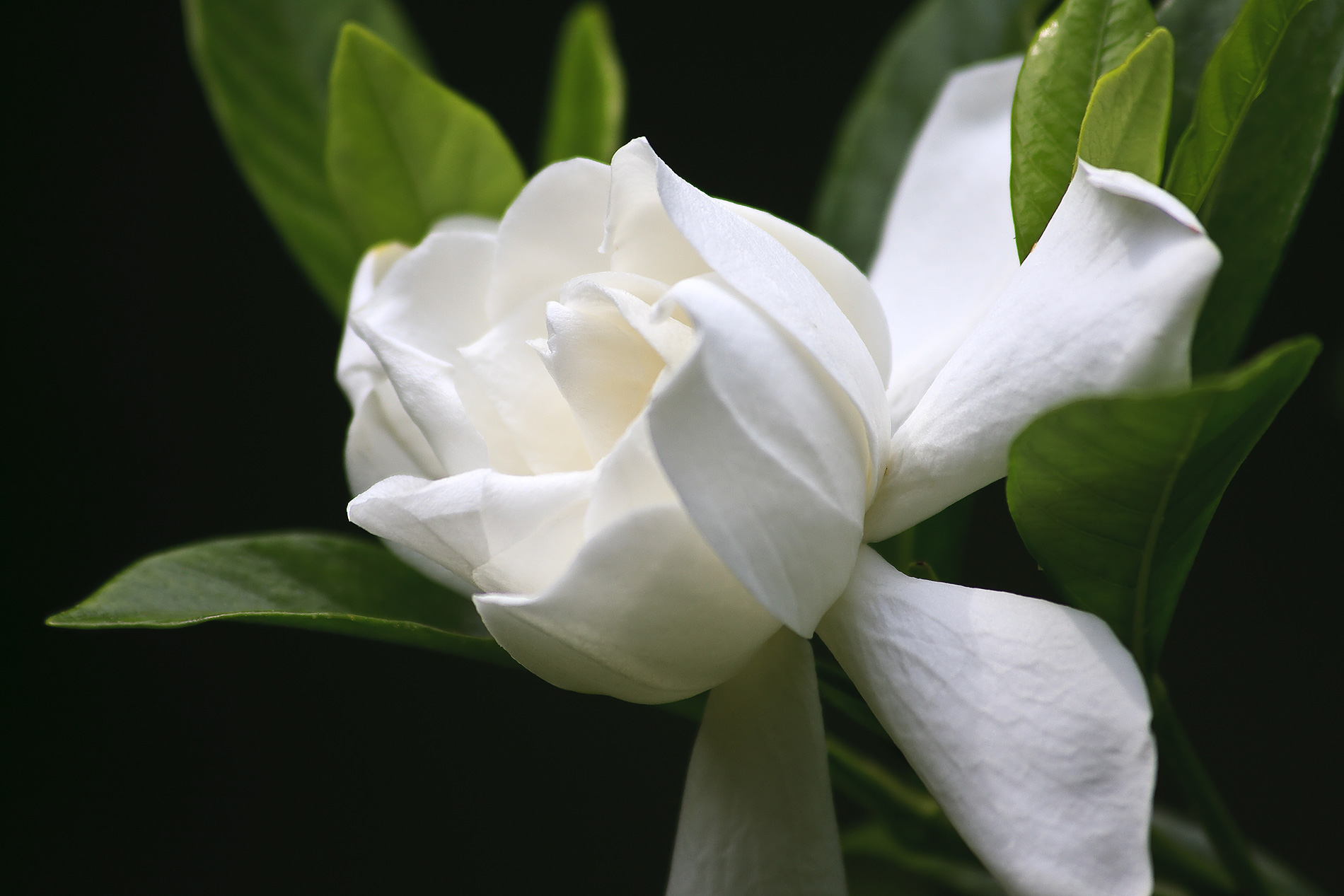 In China, gardenia was used in love potions. It was also considered that the fragrance of this flower accompanies the apparition of the so-called "dead brides." These are women who reached the marrying age, yet died before they became engaged, or young ladies that had been engaged yet died before their wedding… These women became restless "wandering ghosts" more than any other deceased.

If the object of the young woman's affection got married to another woman after the former had died - his new wife should beware! The ghost woman could enter her body when the latter was especially vulnerable - in the heat of passion or during sleep. The ghost would then control the young wife's body at night seducing her husband with inhuman lust and greediness. She would also suck out the breath of her man's wife throughout the entire night and the wife would then get weak, start coughing and eventually die from a lung disease. If the wife was pregnant, the ghost woman was capable of stifling the baby right in the womb or hinder his entry in this world by making both the pregnant woman and her baby die during childbirth.

Anyhow, the dead bride's ghost was not just restless, but lusty and vicious in those legends. 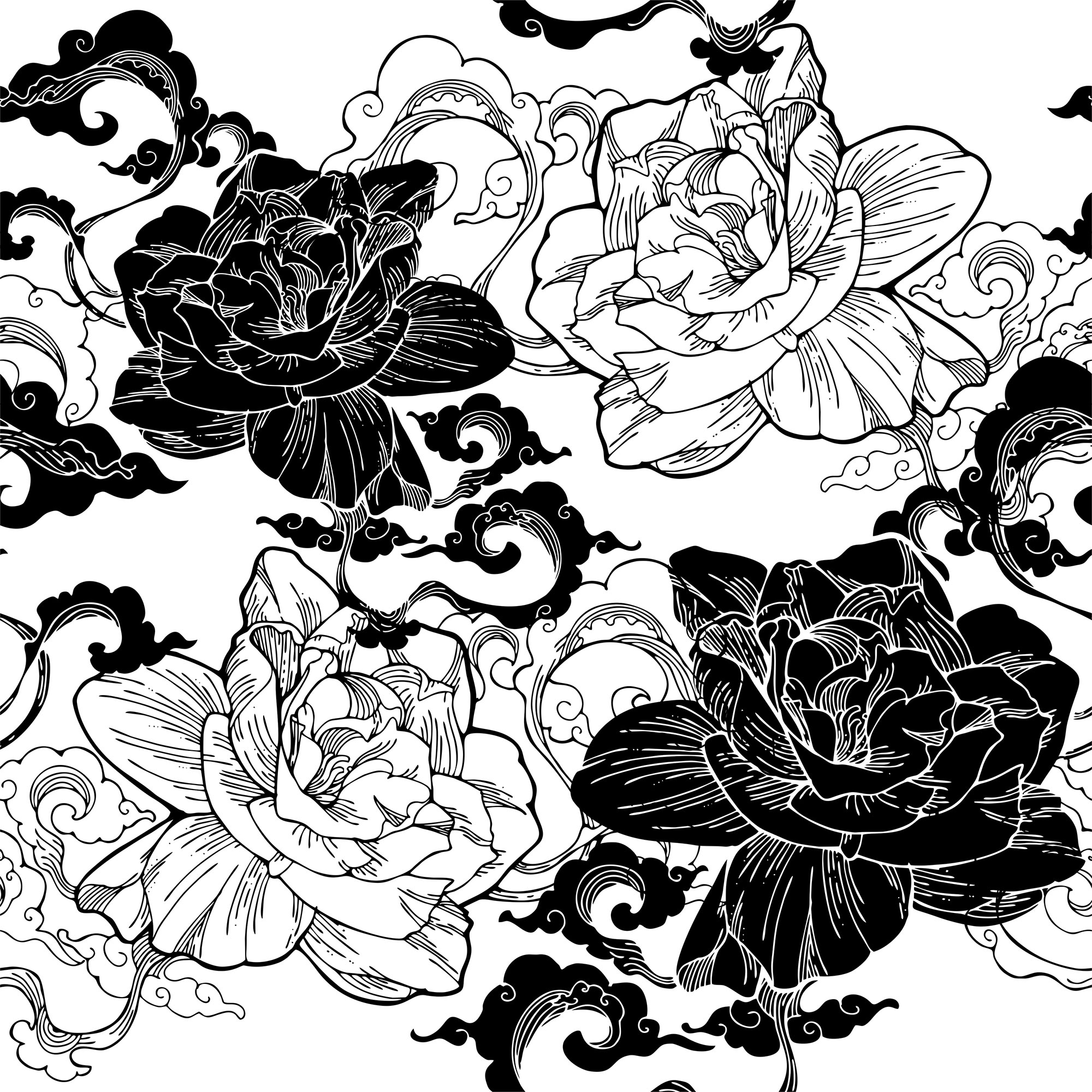 One could scare her away from one's home by prayer and usage of special wards or, even better, by marrying the dead woman off to another dead man. Or even a living poor man who would agree to the marriage for a rather high fee.

After such marriage, the ghost bride would be instantly appeased, since a Chinese wife is supposed to be obedient and loyal to her husband.

The one who married a ghost would be considered a widower and had the right to remarry again. His future wife would not come to harm at the hands of the ghost, because a married ghost is a tamed one. So the only thing that could bother the living husband of a dead bride is the fragrance of gardenia that might occasionally be felt near his bedside. Very rarely there would also be a pale figure that appeared next to him, sighing deeply. Those troubles were easy to cope with, though. 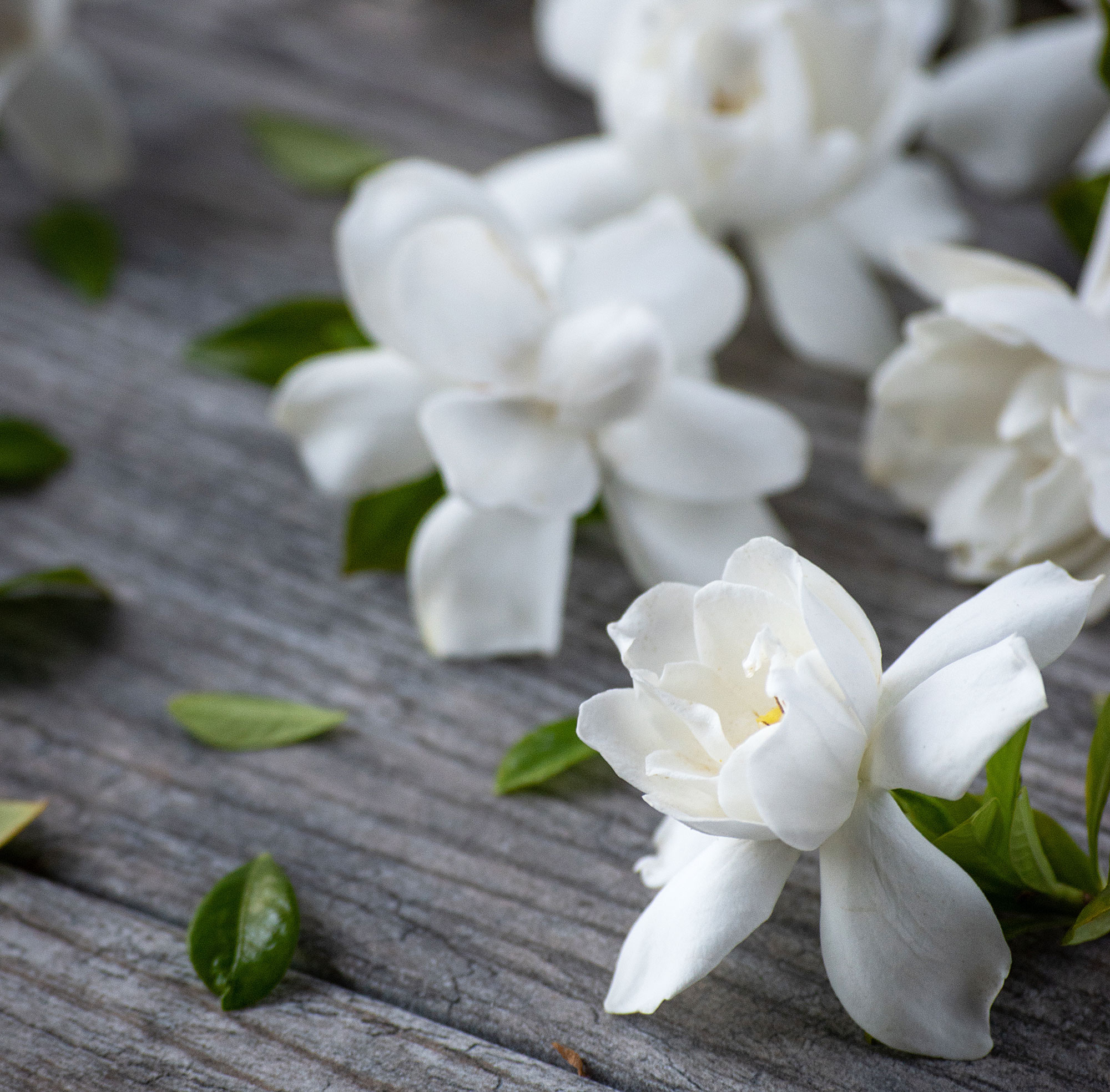 Elena was born in Moscow. She studied at the Gerasimov Institute of Cinematography and at the Philological faculty of Moscow State University. She is the author of several novels (some of those written under the pen name of Elena Klemm) and specializes in writing biographical books. She loves history, Gothic novels, tales of terror, ancient cemeteries and old maisons, St. Petersburg, Carcassonne, Blois, Siena, Toledo, and Cesky Krumlov. Her enamorment with perfumes dates back to her childhood, and now she has a profound collection of perfumes significant for her.